"Now I've been crying lately, thinking about the world as it is. Why must we go on hating, why can't we live in bliss? Cause out on the edge of darkness, there rides a peace train. Oh peace train take this country, come take me home again." Cat Stevens

Not sure if you noticed or not yesterday in my post that I seemed to have something on my mind, the truth is, I do, but I have no idea how to actually go about discussing it.  A message I received yesterday has me in a very pensive mood in regards to relationships, the outer self we project online, the true self we hide and what I have decided to call the "inverted mirror."  As most of us know, prejudices seem to run deep online, even when veiled behind walls of supposed acceptance.  I have come to believe that -ism's in all their forms run rampant because a person never really has to see the effect their words have upon another.  I have personally witnessed the slinging of hate in many forms and I have always been astonished at the language some people use with each other, and I have often wondered if they would say those same things if they could see the pain they cause.  Which leads me to wonder how much of our true selves do we hide without realizing it because of an inherent fear of wandering into these murky waters. 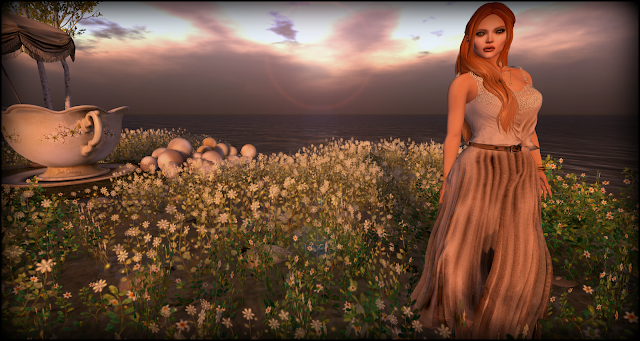 Whether right or wrong, when people get to know me they can attest to the fact that I am a bit of a nut who wears her heart on her sleeve, with a whole bunch of fluffy and not so fluffy crap in the middle.  My real life best friend has been with me online for almost a decade now and she will shake her head and laugh about the fact I don't change online or off.  I still haven't figured out if that is a good thing or a bad one yet, but we have been friends for almost 15 years at this point, so I must be doing something right.  However, recent events have shown me that maybe I don't show enough people who I am.  I always thought being quiet and observant made me mysterious, not a bitch, at least in some people's eyes.  But with mystery comes misunderstanding and that leaves room for rumor and conjecture, which we all know only leads down darker paths.  In Psychology they call the act of pushing your emotions or thoughts or fears onto another as to not face them within yourself, transference.  I think Second Life and other online platforms create an atmosphere where this becomes almost a standard practice when going on a rant.  I have begun to call this the "inverted mirror" effect.  Instead of shining light on personal failings people immediately turn the mirror around and are really pointing out their negative attributes, not yours or anothers.  I have often said the things that we complain about the most in others, are those things we dislike about ourselves the most.  This is why I think people should take a step back before they hit the "send" button on a text, message or status, and think about how they would feel seeing that from another point of view.  Now of course there are just some callous, heartless, prejudiced people who will never see any point of view other than their own, but hey every party needs a party pooper, right?  The rest of us can continue on our journey into the darkness in search of the peace train.