“The World is a book, and those who do not travel read only a page.” – Saint Augustine

I truly believe that every person dreams of traveling to far off places, no matter if they rest their heads on a quiet street in a tiny town no one has ever heard of, or on the busiest street in New York, Los Angeles, London, or Tokyo.  Just the idea of being somewhere new, where you gain a bit of anonymity intrigues me and even though I have traveled the world, it has been many years since I have headed off with no destination in mind, parenthood will do that to you after all.  But I still dream of places I haven't been, and of places that hold memories, and one day I hope to head out again with the sole purpose of getting lost.

A journey, after all, neither begins in the instant we set out, nor ends when we have reached our door step once again. It starts much earlier and is really never over, because the film of memory continues running on inside of us long after we have come to a physical standstill. Indeed, there exists something like a contagion of travel, and the disease is essentially incurable.
― Ryszard Kapuściński, Travels with Herodotus 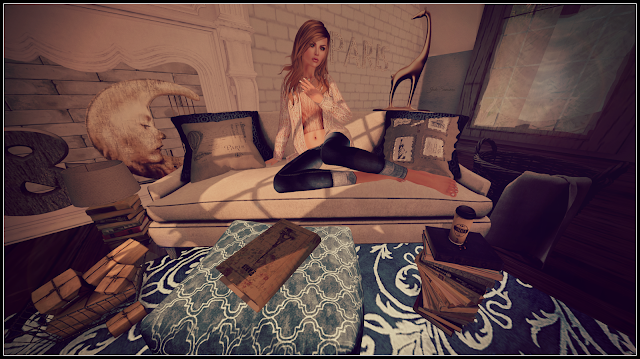 But don't get lost on the grid right now, not with all the fantastic events still running and the ones soon to begin.  I have spent some time at Shiny Shabby and The Epiphany over the last week which has ended up with me being happily broke, but they are well worth the trip!  If you are looking for some new pieces for your home then head on over to the events today and get your hands on some wonderful goodies!

“Why do you go away? So that you can come back. So that you can see the place you came from with new eyes and extra colors. And the people there see you differently, too. Coming back to where you started is not the same as never leaving.”
― Terry Pratchett