"Ten o'clock. The sun came out from behind the rain. The house stood alone in a city of rubble and ashes. This was the one house left standing. At night the ruined city gave off a radioactive glow which could be seen for miles.
Ten-fifteen. The garden sprinklers whirled up in golden founts, filling the soft morning air with scatterings of brightness, The
water pelted windowpanes, running down the charred west side where the house had been burned evenly free of its white paint.
The entire west face of the house was black, save for five places.
Here the silhouette in paint of a man mowing a lawn. Here, as in a photograph, a woman bent to pick flowers. Still farther over, their images burned on wood in one titanic instant, a small boy, hands flung into the air; higher up, the image of a thrown ball,
and opposite him a girl, hands raised to catch a ball which never came down.
The five spots of paint-the man, the woman, the children, the ball-remained. The rest was a thin charcoaled layer."
The Martian Chronicles - Ray Bradbury

For a moment the broken city faded away into the distance as I stood staring at the haunting images forever scorched in ash on the house and the world flickered. For a moment I could see back in time;  I could see the beautiful young mother and her daughter standing in the fading light of the afternoon as a soft rain fell upon their opened umbrellas. 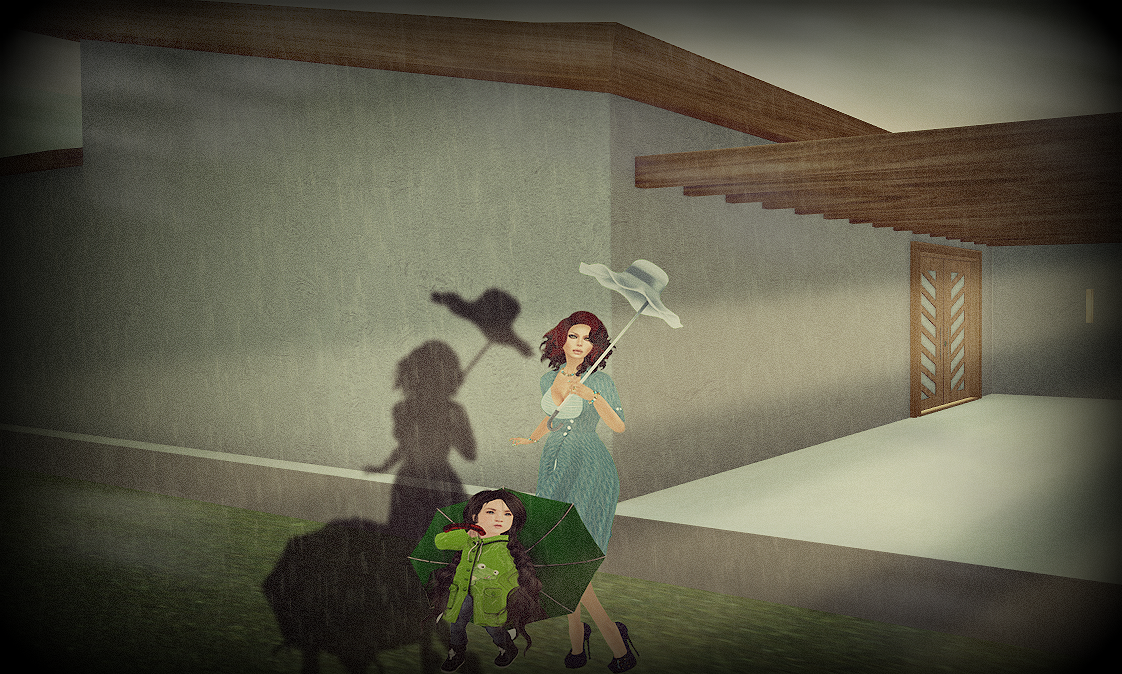 And then, I could see their faces turned to the sky suddenly grimace in horror before their mouths opened in silent screams before the Earth was burned to the ground.  Turning quietly to go, feeling as if I had stood and witnessed the horror of that moment which had forever turned this place to a graveyard.